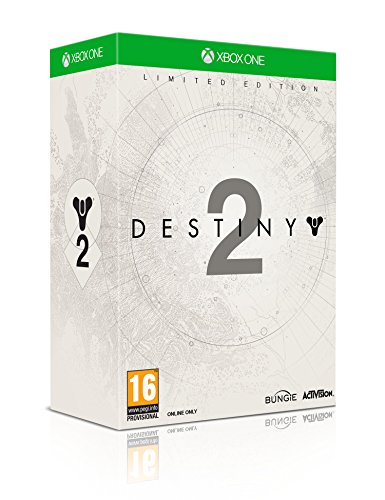 From Bungie, the makers of the acclaimed hit game Destiny, comes the much-anticipated sequel, Destiny 2.
Humanity’s last safe city has fallen to an overwhelming invasion force, led by Ghaul, the imposing commander of the brutal Red Legion. To defeat the Red Legion and confront Ghaul, you must reunite humanity’s scattered heroes, stand together, and fight back to reclaim our home.
An action shooter that takes you on an epic journey across the solar system. immerse yourself in a new epic cinematic campaign. Join up with friends in three or six player co-op activities. Spar with your fellow players in a variety of competitive multiplayer modes
New Legends Will Rise, A new adventure for every player, with new worlds to explore, new stories to tell, new powers to acquire, new loot to earn, and much much more.
Pre-order and be one of the first to play the game with Early Beta Access.
Limited Edition Includes Destiny 2 base game, Expansion Pass, bonus digital items, and a Cabal-themed Collector’s Box to take your Destiny 2 experience to the next level.